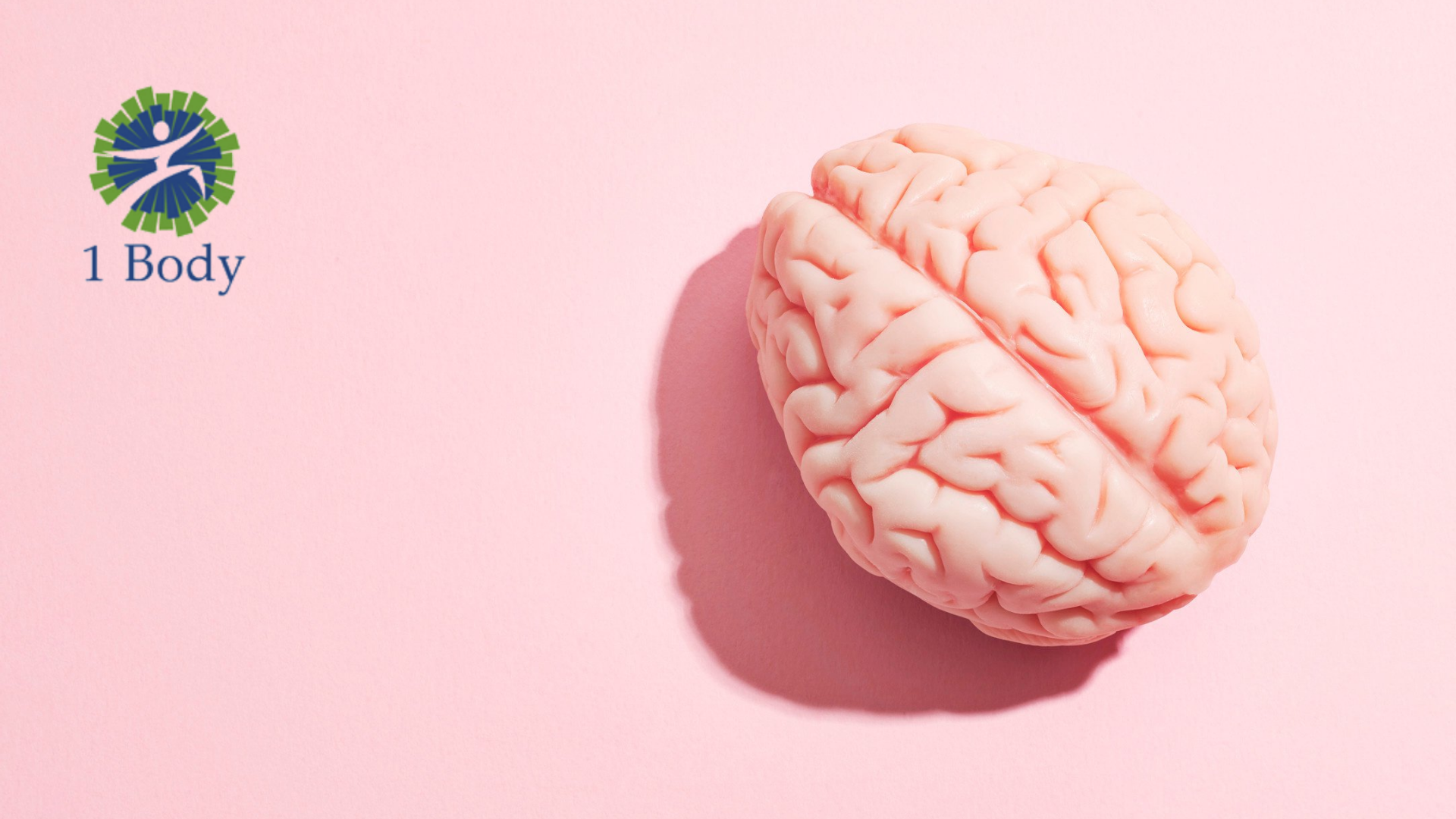 When I think about my health, I have a sort of checklist in my head for how I'm doing. I generally go down the list every month or so and ask myself if I feel okay or if I need to make some changes. Are my hair, skin, and nails healthy and strong? Check. Am I getting enough cardio to make sure my heart and lungs are strong? No, but I'll up my workouts this month. Do I eat enough vegetables? Am I getting enough sleep? How's my water intake? This mental evaluation of my health allows me to make small changes to my routine to hopefully improve whatever I'm struggling with, and they're usually pretty simple - Get a bigger water bottle to drink more water. Find a HIIT workout on YouTube to add some more cardio to my routine. Add veggies into my smoothie. You get the point.

One key part of my overall health that I constantly neglect, however, is my brain health (the irony of forgetting brain health on my mental checklist is not lost on me, by the way.) The brain plays a role in every. single. function. in the body, so why wouldn't I try to support it as much as I can? Well, because I honestly had no idea where to begin. But after a little digging, I found that adding some brain-loving ingredients to your routine may help improve cognitive function and memory!

General Overview of How the Brain Functions

Before we get into the best ingredients for brain health, let's give a quick overview of how our brain works and some of its most vital roles. Our brain is a complex organ that is composed of 60% fat with the remaining 40% being made up of water, protein, carbohydrates, and salts. This incredible organ controls "thought, memory, emotion, touch, motor skills, vision, breathing, temperature, hunger and every process that regulates our body," according to Hopkins Medicine. The brain communicates with the rest of the body by sending and receiving chemical signals. While some of these chemical signals remain in the brain, others are sent and received through the Central Nervous System (CNS) in the spinal cord and the billions of nerve cells (AKA neurons) located throughout the body. 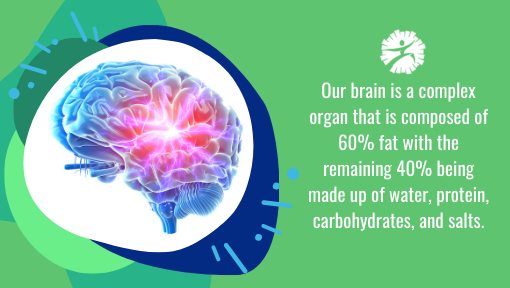 While the brain works together, there are three distinct parts that play individual roles. These parts are the cerebrum, brainstem, and cerebellum, and are made up of what is known as gray matter and white matter. Gray matter is the darker outer layer of the brain and is "primarily responsible for processing and interpreting information", while white matter is the lighter layer underneath that sends signals to other parts of the body (the spinal cord works in reverse with the white matter on the outside and gray matter inside). Here's how the sections of the brain work:

Cerebrum- When we think of what the brain looks like, we're actually picturing the cerebrum. This is the largest part of the brain and is made up of gray matter (cerebral cortex) and white matter. This part of the brain is divided into two parts that communicate through connecting nerves called the corpus callosum, and control the opposite sides of the body meaning the left side of the cerebrum controls the right side of the body and vice versa. The cerebrum is responsible for movement, regulating temperature, enabling speech, judgment, thinking and reasoning, problem-solving, emotions, and learning. It also plays a role in our senses.

Brainstem- The brainstem is located in the middle of the brain and connects the cerebrum to the spinal cord, and is made up of the midbrain (or mesencephalon), pons, and medulla oblongata. If you're like me and haven't heard these terms since taking anatomy in high school, here's a quick guide on what they do from Lumen Learning:

A quick word about lobes. When discussing brain function and health, our "lobes" often come up. That's because our brain's hemispheres are divided into four parts or "lobes" that play pretty specific parts in bodily functions. Now that we have a better understanding of how our brain actually works, we can dive into some ingredients to boost its function and memory. These ingredients can be found in foods and in brain supplements, and have health benefits that can help increase brain function and cognition while helping to reduce memory loss, brain fog, and the risk of dementia and Alzheimer's disease. While these ingredients may help with overall brain health, they should never be considered a replacement for prescribed medications. Seek medical advice before starting any supplement or diet.

Ginkgo Biloba - Derived from the Ginkgo biloba tree, this supplement has been found in several studies to be effective for brain health, function, memory, and thinking skills. It is thought to work as a brain booster by increasing blood flow to the brain.

Acetyl-L-carnitine - Naturally found in the body as an amino acid, this compound has been claimed to help improve memory, keep users more alert, and prevent age-related memory loss. There have even been studies showing that "taking acetyl-L-carnitine daily helps reverse the decline in brain function associated with Alzheimer’s and other brain diseases." 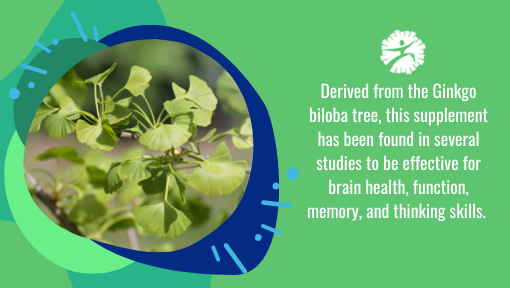 Vitamin E - Vitamin E has antioxidant properties, which as we've mentioned, reduce oxidative stress in the body and brain. Vitamin E can also prevent omega-3 fatty acids from peroxidation, another form of oxidation that can damage cells.

B Vitamins -  While there are nine B vitamins, the ones most closely linked to brain health are vitamin B6, vitamin B9 (folate), and vitamin B12, according to Harvard Health. These vitamins may help break down homocysteine, which has been associated with dementia and Alzheimer's Disease when found in high amounts.

Docosahexaenoic acid (DHA) - Found in high levels in fish and technically an omega-3 fatty acid, "Docosahexaenoic acid (DHA) is essential for the growth and functional development of the brain in infants. DHA is also required for the maintenance of normal brain function in adults. The inclusion of plentiful DHA in the diet improves learning ability, whereas deficiencies of DHA are associated with deficits in learning," according to the National Institutes of Health (NIH). It is also essential for brain structure as it makes up about "25% of the total fat, and 90% of the omega-3 fat, found in your brain cells." 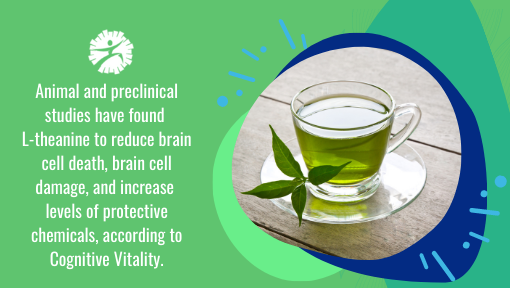 Eicosapentaenoic acid (EPA) - Another omega-3 fatty acid commonly found in fatty fish and fish oils, EPA is anti-inflammatory and may help protect the brain against oxidative stress and free radical damage. While EPA isn't as closely related to brain function as DHA, but it has been linked to improved mood in those with depression.

L-Theanine - L-theanine is an amino acid commonly found in green tea and other teas derived from the Camellia Sinensis shrub. Animal and preclinical studies have found L-theanine to reduce brain cell death, brain cell damage, and increase levels of protective chemicals, according to Cognitive Vitality.

Other Ways You Can Support Brain Health and Mental Performance

While these ingredients can certainly help to give your brain a boost, there is no one magical brain food or brain supplement to completely prevent or reverse signs of mental decline, so having a well-rounded diet is important for overall brain health. In addition to ensuring that your diet includes brain-boosting ingredients, you can make sure you're implementing these lifestyle habits to make sure your brain is happy and healthy: 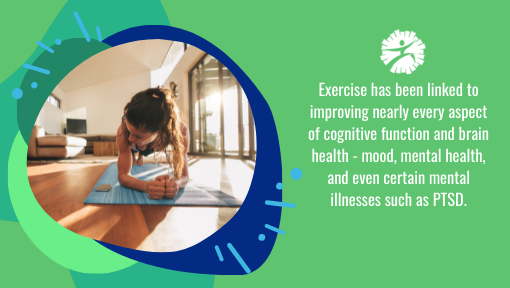 The Best Supplements for Brain Health

If you're looking to boost your brainpower, increase cognitive function, memory, and help with concentration, talk to your doctor about adding a brain supplement like 1 Body's Brain Support to your routine! Our Brain Support supplement contains Vitamin B12, Vitamin B6, Alpha GPC, Lion's Mane Mushroom, Bacopa Monnieri, Tyrosine, Ginkgo Biloba, L-Theanine, Rhodiola Rosea, Huperzine-A, and clinically-proven Sharp-PS® & Suntheanine®. Plus, we used one of the most bioavailable forms of choline to support your body's natural memory & concentration functions!