STRONG BONES. Vitamin D3 & K2 work together to strengthen bones – D3 increases the absorption of calcium and K2 directs more of that calcium to bones rather than joints and arteries.

DEFENSE SYSTEM SUPPORT. Science shows that vitamin D supplements are proven to strengthen your body’s natural defense system, which comes in handy during the winter season.

MOOD BOOSTER. The D3 vitamin is a great option for people who don’t get enough sunlight to maintain adequate levels of vitamin D, which plays a critical role in our mood and vitality.

POWERFUL SYNERGISTIC FORMULA. The combination of vitamin K2 (as MK-7, the most bioavailable form) and vitamin D3 work synergistically to provide greater health benefits together than when each vitamin is taken on its own.

You have probably heard of the amazing benefits of supplementing with vitamin D3, but most people don’t realize that you also need vitamin K2 if you want to get the full intended effect from your vitamin D supplement. That’s why we created Vitamin K2 + D3 Supplement with the most bioavailable forms of each vitamin to ensure your body gets full absorption and maximum benefit! Older adults, overweight individuals, and people with darker skin tone or restrictive diets are most prone to vitamin D deficiency, which can cause a host of issues from low energy, and weak muscles and bones.Fortunately, vitamin D3 and K2 are backed by scientific research and used by thousands of people for a variety of benefits. Vitamin K2 + D3 Supplement can: -Help promote bone strength -Support the body’s natural defense system & heart health -Improve mood All of our dietary supplements are manufactured in a cGMP facility in the USA, using premium quality ingredients. Our formula contains ZERO sugar, salt, dairy, wheat, gluten, soy, preservatives, artificial colors or flavors.Peer reviewed publications PMCID: PMC6040265 - Vitamin K & Bone Study PMC5613455 - The Synergistic Interplay between Vitamins D and K for Bone and Cardiovascular Health 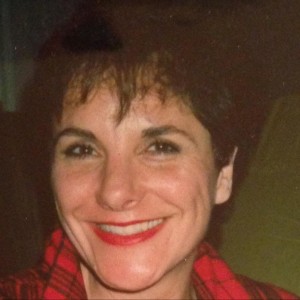 United States
My adrenals are so happy

I’ve been serious about taking this regularly and it has made a big difference. Sleeping has been an issue for me and my adrenals were a big reason. I’m finding it easier to go back to sleep if I wake up. And I’m feeling more energetic during the day.

I already take synthroid for my thyroid and was just looking for a boost in energy. I have seen some change

Love it. Really helps me with my energy levels and not feeling burnt out. Thank you!!!!

It helps with my energy levels. I feel a lot better after taking these supplements. I am grateful for your product.

How the Adrenal Gland Works

When hearing the term “adrenal gland,” you may immediately think of stress or fight-or-flight. This association is the result of adrenaline secretion, which is one of the gland’s primary functions. Adrenaline has several actions to help the body deal with stressful situations, including an increase in heart rate and blood pressure, and a widening of the air passages in the lungs.

In addition to stress response, the adrenal glands also release hormones that contribute to your health in the following ways:

The adrenal glands sit on top of the kidneys and derive their names from their location. “Ad” means “near,” and “renal” refers to the kidneys. The body has two adrenal glands, which are triangular organs with a height of about 1.5 inches and a length of about 3 inches.

The adrenal glands release a wide range of hormones with different functions.

The hypothalamus produces CRH, which is a corticotrophin-releasing hormone. CRH stimulates the pituitary gland to release adrenal corticotrophin hormone or ACTH. Together, CRH and ACTH trigger the adrenal glands to produce corticosteroid hormones.

The glucocorticoid hormones released by the adrenal cortex include:

- Cortisol, also called hydrocortisone: The function of this hormone is to regulate blood pressure and cardiovascular function. Additionally, cortisol also regulates the body’s conversion of carbohydrates, proteins, and fats into energy.
- Corticosterone: This hormone works in concert with cortisol to regulate the body’s immune response. Corticosterone also suppresses inflammatory reactions.

The primary mineral corticoid released from the adrenal cortex is aldosterone. This hormone maintains the body’s balance of salt and water, and helps to control blood pressure.

The adrenal medulla produces non-essential hormones, which means that you don’t need these hormones to live. However, these hormones play a crucial role in helping you cope with stressors in your environment.

The sympathetic nervous system stimulates the adrenal medulla to release hormones, usually when there is a cause for emotional or physical stress. These hormones are also responsible for the body’s fight-or-flight response, which can save your life if you have to get away from or confront a threat in your environment.

Hormones of the adrenal medulla include:

- Epinephrine—also called adrenaline: This hormone increases your physical capabilities and prevents fatigue by increasing your heart rate and increasing blood flow to your muscles and brain. Additionally, adrenaline also boosts the conversion of glycogen to glucose to spike your blood sugar levels for added energy.
- Norepinephrine: This hormone works with adrenaline to help the body reduce stress. Vasoconstriction, or narrowing of the blood vessels, can result from norepinephrine release and can increase blood pressure.

Various factors can affect the function of the adrenal glands. These issues typically result in an over- or underproduction of hormones, which can cause a hormone imbalance. Below are some of the most prominent adrenal gland disorders.

Common symptoms of this disorder include, among others, rapid weight gain, psychological conditions, immune suppression, sleep disturbances, and muscle and bone weakness.

Congenital adrenal hyperplasia is a genetic disorder that is the result of cortisol levels that are too low. People who suffer from this condition may also have problems with their aldosterone levels, which can cause water and salt imbalances.

Adrenal cancer is a rare but debilitating condition. This type of cancer is aggressive and can spread to other organs. An adrenal tumor can result in the overproduction of hormones and cause a wide range of changes in bodily functions.

Addison’s Disease is a rare condition that is the result of an inactive adrenal cortex and an insufficient production of cortisol and aldosterone. Addison’s Disease can affect people of all ages. Symptoms of this condition include:

Adrenal gland disorders can harm your health. Adrenal fatigue—when your adrenals are overtaxed and no longer functioning properly—can lower your energy levels, and adrenal gland stress can result in hormone imbalances that can affect your immune system.

Adrenal Support is a dietary supplement that contains vitamins C, B-6, B-12, B-5, and magnesium. With this product, you ensure a healthy intake of these minerals, which can promote healthy cortisol levels and good adrenal health.